Zimbabwean migrants in South Africa vulnerable to abuse and exploitation-UNHCR 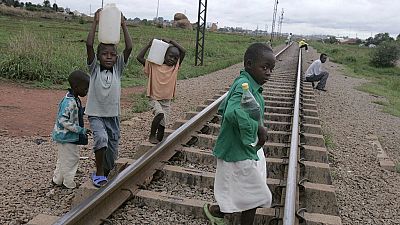 South Africa is home to over 300,000 refugees and asylum seekers, this is according to the UNHCR.

In this numbers are children from neighbouring country Zimbabwe who have come to Africa’s most developed nation in hope for a better future.

Many of the children travel unaccompanied making them vulnerable to robbery, slavery and sexual abuse.

According to reports, about 2,000 illegal migrants are repatriated each week. Furthermore, 350-400 Zimbabwean children cross the border each day without passing official checkpoints.

“Because children are travelling on their own they face many risks while in transit and while in South Africa as well. A lot of them actually report that they have to cross the Limpopo River next to Musina to reach South Africa. This river is quite dangerous when flooded and it has crocodiles as well. Other risks that children face might include smugglers and along the way- they require services to cross borders and smugglers often take advantage of them, stealing their money, or even physically abusing them,” said Gilles Virgili, Project Manager at Save the Children South Africa.

In January, Save the Children unveiled a new campaign dubbed “ Every Last Child”. The organisation in South Africa has said they will target Zimbabwean refugees.