Mali: One civilian dead in protest against foreign forces 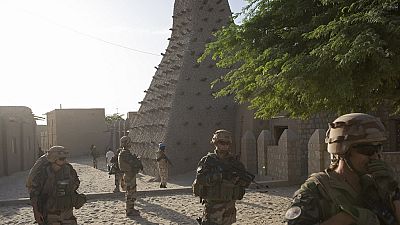 A civilian was killed on Monday in Mali’s northeastern town of Kidal during a protest against foreign military forces, according to AFP citing a source in the United Nations mission (Minusma) and a resident.

The protests according to reports had come about as a result of what the people said were arbitrary arrests and detention on the part of the Minusma targetting people it believed were behind attacks on their forces.

At least one civilian was killed on Monday during a demonstration against the foreign forces.

“At least one civilian was killed on Monday during a demonstration against the foreign forces,” an African security source within the Minusma confirmed.

The foreign forces referred to include that of the UN and French forces barkhane. The Minusma confirmed the event, citing airport damage and adding that information on possible victims were “under audit”.

Even though AFP quotes one death, a local group the Azawad which has strongly denounced the use of brutal force by Minusma said two people were killed.

In a press release on its facebook page titled ‘‘Demonstration this morning in Kidal,’‘ Minusma said ‘‘At around 10 a.m., demonstrators broke into the airport compound – a restricted area – ransacking and setting fire to security facilities.

Kidal’s airstrip is essential for supply of humanitarian aid, support for local communities, as well as operations for MINUSMA and its partners,’‘ they added.

They however assured that they were in contact with the Malian authorities, the local community and civil society leaders to ease the tension and to better undersatnd the reasons for the protest.

‘‘MINUSMA is to seamlessly communicate on this event later,’‘ they concluded.