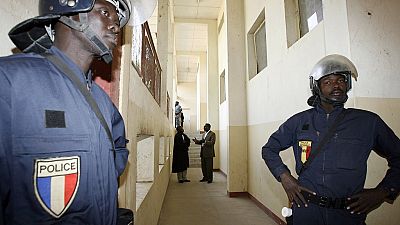 The ban, announced on Monday, came a day after the equipment of television crew was seized for several hours by Chadian authorities.

The French broadcaster has condemned the seizure of the equipment as well as the ban which according to the CEO is “an obstacle to the fundamental freedom to inform”.

Yves Bigot explained that the crew was simply doing its job.

“They were filming at a polling station where obviously there were challenges, (ballot) boxes arrived late. Some witnesses at the place said the boxes were already stuffed – but that was what they said – and then we saw someone arriving on a moped with the ballot papers very very late, just before the end of voting,” he is quoted by RFI as saying.

“That was what the team was filming when clashes broke out at the polling station,” he added.

It is not clear why the TV crew’s equipment was confiscated.

A statement from the company accused Chadian authorities of preventing the journalists from doing “their work under normal and peaceful conditions and from properly covering the presidential election”.

“For us and for all our colleagues, of course, considering that it prevents us from doing our job, it constitutes an obstacle to the fundamental freedom to inform,” the statement noted.

Meanwhile, a source cited by the management of TV5 Monde said the Chadian Ministry of the Interior was expected to lift the ban on the station.