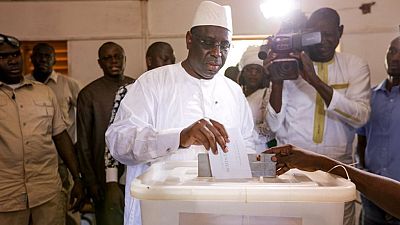 Senegal held a referendum on Sunday, seen as a popularity test for President Macky Sall. Even though it could usher in major constitutional reforms, critics say it falls short of his election promises.

Voter turnout was low with only a few voters visible in polling stations and no queues could be seen.

Initial results indicate a wide win for the “Yes” camp with 63 percent and by Sunday evening the “No” camp had already conceded defeat.

Put forward by Sall, the vote proposes reducing presidential terms to five years from seven, starting after the next election in 2019.

It also aims to limit the age of presidential candidates to 75 and allow independents to run.

The president has come under widespread criticism, including from influential politicians, for not proposing to cut his own first term, as he pledged before he was elected.

Others say he has failed to deliver on his campaign promises, including creating jobs for the young, boosting the economy and rooting out corruption.