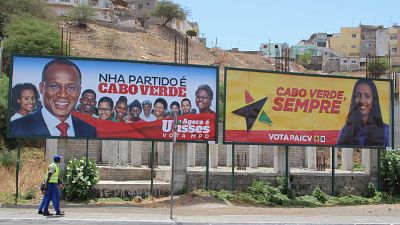 The Movement for Democracy, led by former mayor of Praia Ulisses Correia e Silva claimed more than 53% of votes ahead of the socialist African Party for the Independence of Cape Verde which had ruled since 2001.

Out of 72 seats, the Movement for Democracy claimed at least 36 with the African Party for the Independence of Cape Verde on 25, according to results with 90% of votes counted.

He promised to work hard to tackle poverty and unemployment and declared the election as a “celebration of democracy” with no losers.