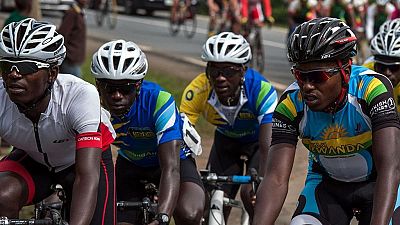 The 13th International cycling Tour of Cameroon 2016 edition kicks-off on Saturday in Maroua with over 14 teams from Europe, Asia and Africa participating.

Among the African teams are Gabon, Burkina Faso, Angola, Senegal and Congo-Brazzaville. China which will participate for the first time is representing Asia in the tour.

Other teams from Europe, are France and Belgium. The race to be run on a total distance of 1500 kilometres will cover 8 of the 10 provinces of Cameroon.

GSO has raised fears that local organisers might not meet up with the standards of the International Cycling Union.

A fear further heightened by a deduction of about 116 million from an initial budget of 316 million FCFA established by the Cameroon Cycling Federation.

Another major issue this year is the absence of sponsors for the competition due to the fact that the race is not yet so popular on the continent.

According to allafrica media,organisers of this year’s event said there will be a closed circuit in Douala and the race caravan will be visiting Meme Division capital of Kumba for the very first time since the inception of the competition.

From the race calender published by the cycling federation, the race will begin with the first lap run between Ayos and Yaounde covering a distance of some 128km. The arrival will be at the esplanade of the Ahmadou Ahidjo stadium and not the 20th May boulevard as usual.

The second lap will take place the next day between Puma and the seaside resort city of Kribi some 153km long.

Cameroon’s hopes for victory in the tour lies on the trio, Tega Martinien, known as the strategist, Teguimaha Sadrack, the indefatigable rider, and Joseph Sanda, the conqueror.