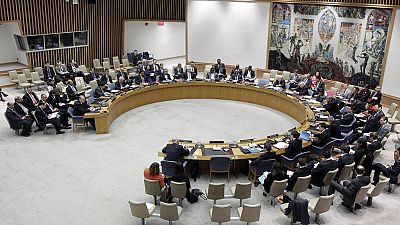 The UN security council will next week meet on imposing sanctions against UN peacekeepers involved in cases of sexual abuse.

If the resolutions are adopted, all soldiers involved in sexual abuse cases without the willingness to be punished by their respective countries will be expelled.

An American official proposed that brandishing the threat of repatriation could put pressure on countries where the troops originate.

It is greatly distressing when protectors, in rare instances, turn predators

The U.S. has called for a swift implementation of the resolution because “all the member countries now recognise that it is a problem which must be addressed.

US presses UN council to confront sex abuse by peacekeepers: The U.S. is pressing the U.N. Security Council for the… https://t.co/VSkpXXisD5

Washington contributes much in funding the peacekeeping mission and is interested in restoring the integrity of the U.N stained by frequent cases of sexual abuse.

They has also proposed the creation of a military court to try perpetrators and facilitate the recovery of fingerprints.

About 99 cases of sexual abuse allegations were identified in 2015 and new cases continue to emerge in 2016.

The UN Secretary-General, Ban Ki-Moon has promised to urgently review recommendations made by a panel which claim that the body did not act with “speed, care or sensitivity required” after receiving information about sexual abuse on children in the Central African Republic.

“It is greatly distressing when protectors, in rare instances, turn predators,” Atul Khare, UN Under-Secretary-General for Filed Support said in an interview.