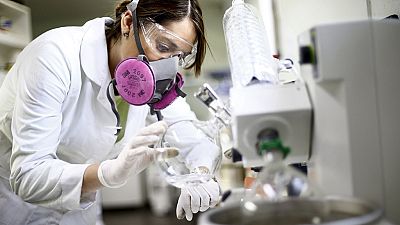 Scientists have found a likely link between the Zika virus and microcephaly.

According to US researchers the mosquito borne virus infects and damages developing brain cells.

The researches from the Johns Hopkins University School of Medicine said in the journal Cell Stem Cell that ‘‘Zika virus infection of human neural progenitor cells leads to attenuated growth of this cell population that is due, at least partly, to both increased cell death and cell-cycle dysregulation.’‘

One of the major reasons why this is a global emergency is because of the suspected link of microcephaly and Zika virus.

Using lab-grown human stem cells, the team was able to identify in less than a month that the virus selectively infected cells forming the brain’s cortex.

The results remain inconclusive as to whether the virus causes microcephaly which leads to babies being born with small heads and undeveloped brains.

“One of the major reasons why this is a global emergency is because of the suspected link of microcephaly and Zika virus. However, it’s very difficult to study that in humans because what is missing is a model system where we can address causality,’‘ said neurology and neuroscience Professor Hongjun Song.

Small indefinite amounts of the virus have been found in the bodily fluids and tissue of babies affected by microcephaly.

“What we found here is actually the first evidence that there is a target cell that the Zika virus can infect. And there’s an indication because these cells are generating the other cells to populate the brain, that means there’s a potential link,” said Guo-li Ming, a professor of neurology, neuroscience, and psychiatry and behavioral science at Johns Hopkins’ Institute for Cell Engineering.

The virus has spread in over 30 states in Latin America and the Caribbean. The World Health Organisation recently declared the virus a global emergency and anticipates it will affect as many as 4 million people.