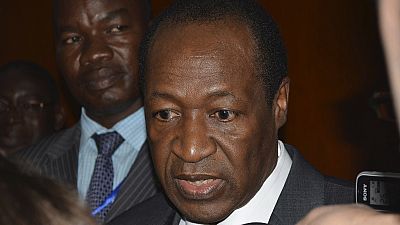 “This is not good and it gives a sad picture of the political system of the Ivory Coast,” said Pascal Affi N’Guessan of the Ivorian Popular Front, FPI, speaking to reporters at the party’s headquarters on Wednesday.

The FPI was founded by former President Laurent Gbagbo who is on trial at the International Criminal Court in the Hague.

Blaise Compaore and his younger brother, Francois Compaore were naturalized by a decree signed by Ivorian President Alassane Ouattara, dated November 17, 2014 and published in January 2016.

The move means Compaore cannot be extradited to Burkina Faso since Ivory Coast does not extradite its nationals, but Affi N’Guessan said: “Legally, I do not see how the change of nationality can protect someone accused of crimes when he (Compaore) committed the acts for which he is charged, he was not Ivorian.”

They described as “shameful” the move which appears that the former president wants to evade justice.