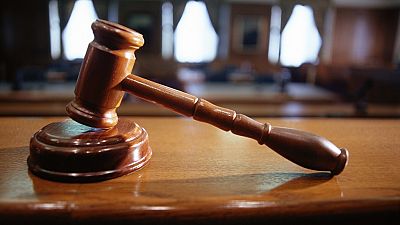 An Egyptian court on Thursday sentenced three Coptic Christian teenagers to five years in prison for “insulting Islam” after they appeared in a video apparently mocking Muslim prayers.

A fourth defendant aged 15, was sent to a juvenile detention centre by the court in Beni Mazar in the central province of Minya.

According to lawyer for the teenagers, the three young people from the Coptic minority and aged 15 to 17 at the time, wanted to actually mock beheading as practiced by the jihadist group Islamic State.

The lawyer has announced plans to appeal the sentence and to obtain a suspension of the charges against his clients. He also argues the young people had not been arrested at the time of their conviction by the court.

The students’ teacher, who filmed the video, was sentenced to three years in prison in a separate trial.

The video was published online last April – shortly after IS jihadists beheaded dozens of Egyptian Christians in Libya.

In the video, filmed in January 2015 by one of their teachers, one of the teenagers is seen kneeling down mimicking a Muslim prayer while the others gesture around him. One of them then made mimes with the thumb that he will behead the one praying.

The NGO, Egyptian Commission for Rights and Freedoms (ECRF) who accused the police of “ill-treating” the youngsters, said the four spent 45 days behind bars before being released on bail pending trial.

Convictions for contempt of religion are relatively common. Between 2011 and 2013, 27 of 42 defendants have been convicted according to a report by the Egyptian Initiative for People’s Rights.