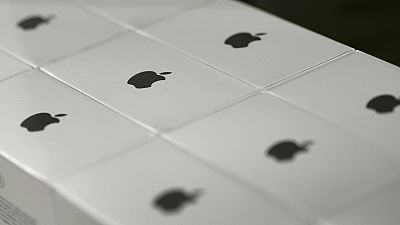 <p>The Federal Bureau of Investigation (<span class="caps">FBI</span>) is still investigating the San Bernardino shooting that killed 14 people.The Federal agents are trying to discover if there are any more <span class="caps">ISIS</span>- inspired terrorists plot underway.</p> <p>A Federal magistrate-judge had ruled that Apple must help the <span class="caps">FBI</span> break into the locked iphone 5c of the dead shooter, Syed Farook.</p> <p>However, Apple’s Chief Executive Officer, Tim Cook has vowed to fight the court order.</p> <p>The company said complying with the <span class="caps">FBI</span> would undermine the brand and hurt its profitability.</p> <p>“If Apple complies with the judge’s order, it will be forced to build software that “would have the potential to unlock any iPhone in someone’s physical possession,” said Cook.</p> <p>Apple has become the most valuable company in the world partly because of its products that are extremely secured. The company promises that if customers follows basic directions, the photos and messages on an iphone are save and private. Adding that the promise is broken if it abides by the judge’s order.</p> <p>Apple has until Friday, February 26 to present its legal argument against the order.</p>