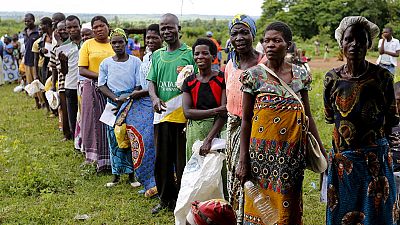 Almost a million children in Eastern and Southern Africa are suffering from severe acute malnutrition because of the drought affecting the continent and is expected to worsen due to climate phenomenon El Niño, the United Nations children’s agency, UNICEF has said.

“The El Niño phenomenon will decline but the impact on children will be felt for years,” said Leila Pakkala Gharagozloo, Regional Director of UNICEF for Eastern and Southern Africa.

“Governments are responding with available resources, but this is an unprecedented situation. Children’s survival is dependent on action taken today,” she added.

Severe acute malnutrition is characterized by a very significant weight loss and is responsible for most deaths of children under five worldwide.

UNICEF said Lesotho, Zimbabwe and most provinces in South Africa have declared a state of disaster in the face of growing resource shortages.

In Ethiopia, the number of people in need of food assistance is expected to increase from over 10 million to 18 million by the end of 2016.