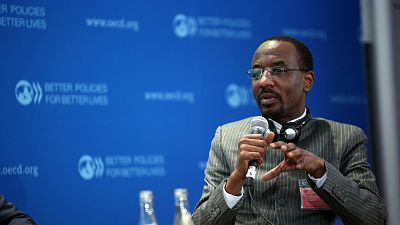 In an interview with the British newspaper Financial Times, former governor of the Central Bank of Nigeria Lamido Sanusi has denounced the monetary policy of Nigeria’s President, Muhammadu Buhari

Lamido Sanusi, who is now the emir of Kano, believes that the exchange rate policy supported by President Buhari is doomed to failure.

He also expressed his disappointment to Buhari’s efforts against insecurity and corruption overshadowed by a monetary regime with ‘‘very obvious drawbacks that far outweigh its dubious benefits. “

The Central Bank of Nigeria, last year, imposed capital controls and blocked the country’s currency, at an official rate of 35%, higher than that of the black market.

“The government does not have the reserves to keep the exchange rate at the official level with the market,” he said.

According to the Financial Times, these policies have caused a capital flight and a blow to the country’s reputation.

President Buhari has reiterated several times that the devaluation of the naira was not a priority.

Sanusi who was governor of the Central Bank from 2009 to 2014 was suspended from office by former President Goodluck Jonathan following a corruption scandal in the oil sector.