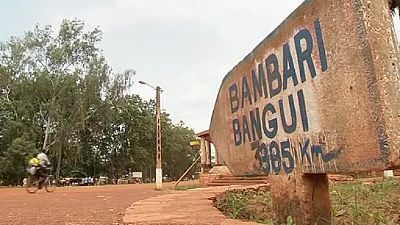 The United Nations peacekeeping mission in the Central African Republic says it will repatriate 120 peacekeepers from the the Republic of Congo following fresh allegations of sexual abuse of children in the CAR.

A statement from MINUSCA, said it has ‘ identified seven new possible victims of sexual exploitation and abuse in Bambari,” a city in the country’s central region.

The soldiers involved are reportedly from the Congo (of Brazzaville) and the Democratic republic of Congo.

The “repatriation will occur after an investigation is carried out; in the meantime the soldiers will be confined to barracks,” MINUSCA said, noting the claims date from September to December last year

MINUSCA says it was made aware of the rape incidents by international rights organisation- Human Rights Watch. A UN probe “found sufficient initial evidence that five of the victims were minors and had been sexually abused and that one adult had been sexually exploited”, the statement said.

Thursday’s announcement comes days after new claims came to light of French and EU troops in the CAR sexually abusing children, sometimes in return for food or money

Two girls aged between 14 and 16 said they were raped by soldiers from the EU’s EUFOR mission, while two others said they were paid to have sexual relations with other EUFOR soldiers, the UN said on Monday.

UN staff have also interviewed a girl and a boy, aged seven and nine respectively, who were allegedly abused in 2014 by soldiers from the French Sangaris force.

The girl said she had performed oral sex on French soldiers in exchange for a bottle of water and a sachet of cookies, the UN said.

In 2015, a damning UN internal report on sexual abuse of children by French troops was leaked. The report documented alleged rape incidents of children as young as nine.

UN Secretary-General Ban Ki-moon fired the head of the 10,000-strong MINUSCA force last year over the mounting number of cases, but the allegations have continued to surface.