UN regrets non-application of laws against torture in Mauritania 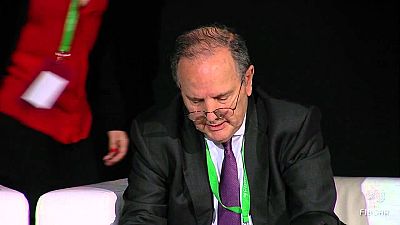 United Nations human rights expert, Juan E. Méndez on Wednesday, called on the Mauritania government to put into practice the existing laws protecting suspects and detainees from torture and ill-treatment in the country.

He noted that the legal safeguards against torture and ill treatment are in place but that they don’t work.

Méndez welcomed the latest legislative developments in the country in the fight against torture and law establishing the National Prevention Mechanism.

However, he said the judicial operators in Mauritania must understand that there is an existing problem.

“I am in particular concerned about the almost total absence of investigations into allegations of torture and ill-treatment today,” the UN independent expert said.

During his ten days working visit to the country, he made unannounced visits to detention centres such as the police and gendarmerie (Men-at-arms) stations. He also visited prisons, juvenile detention centres,and mental health institutions where some immigrants are being held. His visit covered the capital and several regions in the interior part of the country.

#Mauritania: Laws & safeguards for the prevention of #torture must be applied in practice https://t.co/17St0v0OJh pic.twitter.com/VfZKqxgPCc

In an interview with detainees, they described some forms of coercion by police and gendarmerie (Men-at-arms) during arrest and interrogation that amount to cruel, inhuman or degrading treatment under international law.

The UN human rights expert complained that prison staff in the country lack appropriate training in management and security of facilities.