Mexican authorities have confirmed 37 cases of Zika virus infection in seven of the country’s 32 states.

34 people were infected locally while three others were infected abroad, said Health Minister Mercedes Juan Lopez at a press conference on Wednesday.

24 of the confirmed cases were in the southern state of Chiapas with the rest being recorded in Oaxaca, Nuevo Leon, Tamaulipas, Jalisco, Sinaloa and Queretaro.

More than half of the patients were women between the ages of 16 and 24 years.

Mexico’s first local transmission of the zika virus was reported in November 2015.

Pope Francis is expected in Mexico for a five-day visit starting next Friday February 12. But Health Minister, Mercedes Juan Lopez has assured the country is taking all necessary precautions ahead of the Pontif’s historic visit.

While cautioning that the number of cases could rise especially in the south of the country, Mercedes Lopez assured that all protocols were being followed to “train the doctors, the gynaecologists, in all federal entities so that they carry out adequate prenatal controls using ultrasound on pregnant women who have confirmed they have contracted the Zika virus.”

Meanwhile health ministers from Latin America on Wednesday called for more funding to deal with the spread of the Zika virus at an emergency meeting in Montevideo.

Latin America is currently the region most affected by the epidemic. 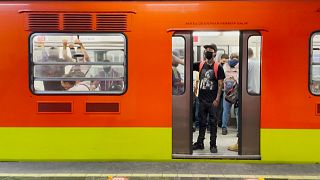