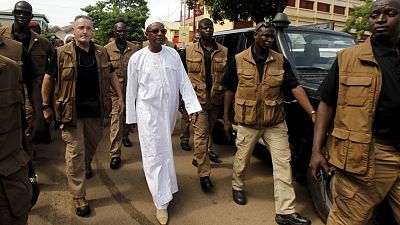 Guinea has formed a new cabinet as the West African nation seeks to revive its economy.

The formation of the new government comes shortly after President Alpha Conde was sworn in for a new five-year term following controversial elections marred by opposition claims of vote rigging and fraud.

"The new government is marked by the appointment of 16 new ministers, all of whom have been selected for their expertise''

“The new government is marked by the appointment of 16 new ministers, all of whom have been selected for their expertise and recognised for their competence and international experience,” read a presidential statement.

One of the new 16 ministers that will play a vital role in building up the country’s economy is the new minister of economy and finance, Malado Kaba.

The 44 year old Kaba has spent most of her professional career at the European Commission and is expected to bring Guinea into the group of emerging economies.

Youla was named Prime Minister by President Alpha Conde in December and was tasked to strategically pick the new cabinet.

Despite the country’s abundance of natural resources, ‘‘statistics’‘:https://www.wfp.org/countries/guinea indicate that more than half of the population live below the poverty line.

Conde won Guinea’s elections in the first round of voting in the country’s disputed polls.

This was the second democratic elections held in the West African country since gaining independence more than half a century ago from France.

During his swearing in ceremony in December, the 77 year old president said he would work towards making Guinea a model of peace and justice.