Bringing the cost of space technology down to earth in Colombia 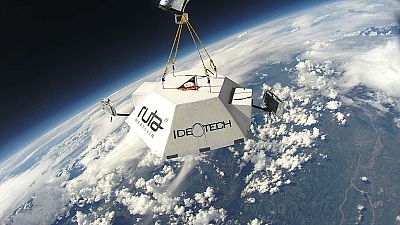 A group of engineers in Medellin, Colombia are building low-cost nanosatellites in order to provide real-time terrestrial observation data at an affordable price.

Nanosatellites are able to fly at lower orbits and can provide more images in less time and in more detail than bigger models.

Julián Arenas, CTO & Co-founder of Ideatech, the company behind these nanosatellites counts the cost.

“Conventional satellites, built by huge companies, can cost between 50 and 100 million dollars. A single nanosatellite, with launching included, costs 350,000 dollars. Keeping it in orbit will cost between 500,000 and 600,000 dollars for one year’s mission.”

The technology found within the satellites made by the Ideatech company include the very same found within a smartphone’s sensors. But the project has a wider aim.

“By assembling a satellite we can teach science to children from primary to secondary school up to University level. Such as biology, physics, chemistry, and maths. We can teach them how to make a satellite and understand science better,” explains David Pineda, Lead Systems Integration & Co-founder, Ideatech.

The ability to react to disasters such as flooding could be improved with better access to data. Equally urban planning could benefit from a view from space. In Colombia it could even help the security forces battle drug cartels.

The development of nanosatellites has been hailed as a democratic revolution in access to real-time data from space, allowing developing countries to use the technology at a fraction of the price. 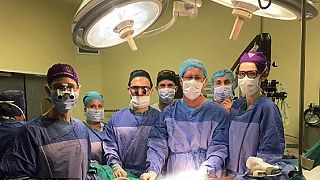