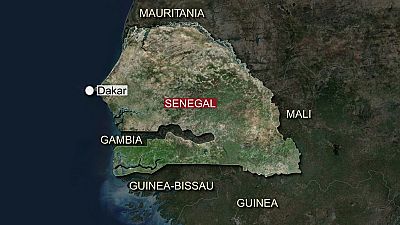 Eleven people arrested in Senegal on Christmas Eve on the grounds that they were homosexuals have been released after a court ruled there was insufficient evidence.

The suspected homosexuals were nearly lynched in a town in central Senegal ,sources say. They were arrested during an alleged “wedding celebration” at a high school in town about 200 km east of Dakar, and placed in custody in Kaolack.

The “alleged homosexuals” were taken to the court with “concealed faces” while “young people began to burn tires on public roads, to show their anger” against the eleven, according to AFP sources.

The court upon hearing the case, later released the suspects because the prosecutor “believe there was insufficient evidence against them,” according to APS.

In Senegal, homosexuality is punishable by law, offenders could face up to one to five years in prison.

In October, President Macky Sall publicly opposed the decriminalization of homosexuality in Senegal.

In an interview in Paris, President Sall told a French television channel,on what basis should decriminalizing homosexuality be “a universal law”. He asked for “the right of each nation to be respected to define its own legislation”.