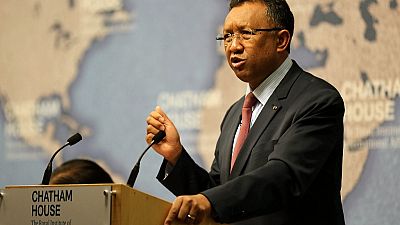 Madagascar’s senate has resumed after senate elections were held on Tuesday in the Big Island. The move is to restore the upper house of parliament which was dissolved after the 2009 coup.

Some 12,664 grand electors – the former French colony’s mayors and city councillors – cast ballots for 42 of the senators, while another 21 are to be appointed by the head of state.

Hery Rakotomanana, president of the CENI, the Independent National Electoral Commission said: “The elections were smooth with a high voter turnout.”

The Senate’s upper chamber was dissolved after Antananarivo mayor Andry Rajoelina ousted President Marc Ravalomanana in the 2009 coup which ushered in years of turmoil in the Indian Ocean archipelago.

Rajoelina headed up a “transitional” regime until finally a presidential election was held in 2013, won by Hery Rajaonarimampianina and deemed free and fair.

President Hery Rajaonarimampianina and his government, with no deputy in the lower house, have already suffered two coup attempts this year. A win would be an opportunity for the ruling camp to reshuffle the cards in Malagasy politics.

Also, with the majority in the Upper House, the HVM ensures obtaining the seat of President of the Senate, a strategic position for the presidential election in 2018. This is because it is the Senate President who will replace Hery Rajaonarimampianina at the head of the country if he wants to represent.

Madagascar remains one of the world’s poorest countries heavily dependent on foreign aid that was virtually cut off after the 2009 coup.

The country off of Africa’s southeastern coast with a population of 23 million is famed for its unique wildlife, the result of evolution though geographical isolation.