Africa: Innovations that made 2015 a walk in the park 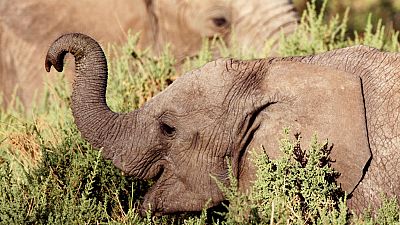 African innovations in 2015 waved to the rest of the world as inspiring young minds revolutionized technology that steered the continent’s growth.

An invention that uses nanotechnology by Tanzanian scientist Dr. Askwar Hilonga can remove 99.9 percent of bacteria, micro-organisms and viruses.

He created a water filter that dispels contaminants to produce clean drinking water after seeing the risk people from his native village went through by drinking and succumbing to water-borne diseases.

70 percent of households of about 9 million families in Tanzania are not using any kind of water filter, according to Dr. Hilonga.

“That is in Tanzania alone, 9 million households. Now imagine in Kenya, Uganda, Ethiopia, sub-Saharan Africa, India and elsewhere,” he said.

Kenya, in the meantime, left a big impression on Africa’s tech scene from mobile money banking to a mobile phone app, ‘Eneza’ which means ‘Reach’ or literally, ‘Diffuse’.

The App allows children from poor backgrounds, who would otherwise not afford text books, have unlimited access to information at the dial of a simple code.

The programme has provided mobile phones to students and teachers for free and is already being used by 350,000 children across Kenya since it took flight in 2013.

The East African country has suffered a major blow with poaching activities as Sub-Saharan Africa, but with Google, they launched their Street View technology in Kenya’s Samburu National Park to protect animals from poachers and enable virtual tours of the park by visitors.

“Tracking them, with the help of Google Earth, we get to see the whole range and then we get to understand what elephants need to survive. That’s powerful information if we are going to try and secure elephants a future in Africa,” said Frank Pope, chief operations officer for Save the Elephants.

With locally sourced materials, the 200 kilogram vehicle electric car named DOVE (Designed for Zero Emission) was unveiled at the University of Lagos campus, Nigeria, by a group of engineering students.

“It’s still a developing field and some things are still being put in place especially with battery technology and increasing the range of electric vehicles,” said Olaniyan Folajumi, one of the engineering students at the University of Lagos.

The continent’s biggest economy offered an array of brilliant innovations including two teenage brothers who created ‘Crocodile Browser Lite’, and four other students who developed an App called “Humane” to help blind people perform tasks like using their smart phones.

South Africa also saw the launch of solar powered schoolbags, that is helping pupils with no access to electric lighting study at home after school. The bags are powered during the day and light up homes which are either not connected to the national power grid or are in the dark because of frequent electricity cuts.

It is a wrap for 2015 and with so many insightful innovations that were aimed at improving livelihoods for the continents posterity, it will be exciting to see what 2016 will bring and where Africa’s tech revolution will lead to. 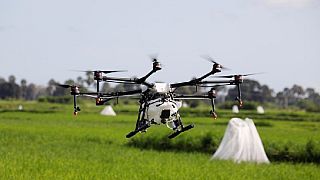 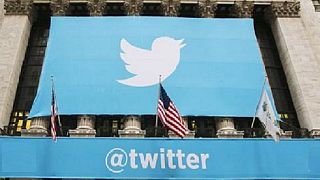