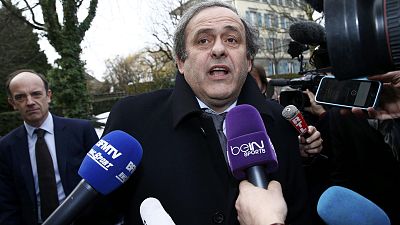 The head of European soccer, Michel Platini, vowed on Monday to go to court in a bid to overturn an eight-year ban ordered by Fifa.

Platini said in a statement that the Fifa decision was a “masquerade” intended to “sully” his name.

“Parallel to going to the Court of Arbitration for Sport, I am determined to apply, at the right time, to civil courts to obtain damages for all the prejudice I have suffered over very long weeks,” Platini said.

A Fifa ethics tribunal banned Platini, a Fifa vice president and Uefa president, for eight years over a 2 million fee from football’s world body that was authorised by Fifa president Sepp Blatter.

“This decision does not surprise me,” Platini said.

“I am convinced that my fate was sealed before the hearing of December 18 and that this verdict is just a pathetic cover-up for a desire to eliminate me from the world of football.”

Platini said his conscience was clear and that he would challenge the decision in the Court of Arbitration for Sport and ultimately seek damages in civil proceedings.

In a separate statement, FIFA said it “acknowledges the decisions of the independent Ethics Committee and has no further comment”.