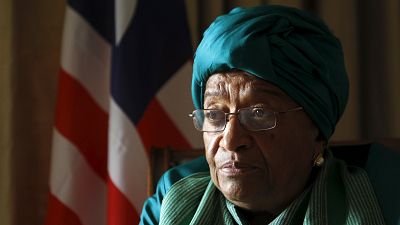 Liberia is the 163rd member state of the World Trade Organization (WTO). A membership unanimously hailed. What still remains is to ratify different agreements before 15 June 2016.

According to trade ministers of member states of the World Trade Organisation (WTO) the West African country’s accession to the organization has made history. Against all odds, the country today completed the requirements to be part of this organization.

After facing two years to the Ebola outbreak, and recorded almost 4800 dead, Liberia gradually found a financial base.

For President Ellen Johnson Sirleaf, it will take at least another two years for her country to stabilize financially.
“Although the long and perilous path to membership to the World Trade Organization (WTO) has been met with milestones of economic growth, it is with pride that we face more than 12 years of uninterrupted peace and stability in Liberia, which helped create fiscal space by removing the burden of the external debt of 4.9 billion US dollars through the HIPC (Heavily Indebted Poor Countries). Domestic revenues increased by over 600% and substantial support for investment in facilitating infrastructure trade was mobilized “

Experts agree that this entry into the WTO will help to build confidence in that country’s growing economy and reduce poverty.This is a giant step taken by the organization’s Director General Roberto Azevêdo .

“Liberia’s accession to the WTO will have a big impact. It suggests to the world that you are open for business. It also shows your determination to attract foreign investment qnd puts the power in your hands to create jobs, increase the income and improve people’s lives.”
http://www.jeuneafrique.com/287756/economie/le-liberia-devient-le-163e-membre-de-lomc/

It was in 2007 that Liberia started its WTO accession process. It now has until 15 June 2016 to formally ratify the various agreements. After which it will become the 163rd full member of the WTO and the 35th least developed country to join the international organization.

Only a few African countries are not part of the WTO: Algeria, Ethiopia , Equatorial Guinea, Comoros, Libya, São Tomé and Príncipe , Sudan and South Sudan.