Malawi has delayed the opening of public schools in the southern African country's two major cities of Blantyre and Lilongwe, the health minister said Monday, to try to slow down a surge in cholera deaths.

The total number of cases and deaths has accelerated to 17,824 and 595 respectively since cases were first reported in March, with the mortality rate increasing to 3.34 per cent, according to the Health Ministry.

Cholera is an annual problem during Malawi's rainy months from November to March, where the number of deaths is around 100 a year. But the current outbreak is expcted to be the worst yet.

"Due to the continuing increase of cholera cases and deaths in the cities of Blantyre and Lilongwe, primary and secondary schools in the two cities will not start on 3rd January as earlier advised," Health Minister Khumbize Chiponda said in a statement.

A new reopening date will be announced later, she said.

The U.N. health agency says fatality rates are rising in about 30 countries around the world that reported cholera outbreaks in 2022, about a third higher than in a typical year.

Cholera is spread by contaminated food or water and can cause acute diarrhoea. Many people have mild symptoms but it can kill within hours if untreated.

Victims in Malawi include medics at public health centres.

Chiponda called on authorities to tighten control measures, including spraying chlorine to disinfect congested places such as markets and schools and stepping up inoculations. 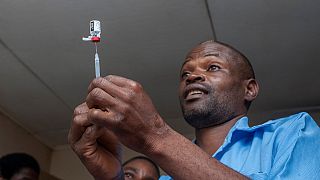