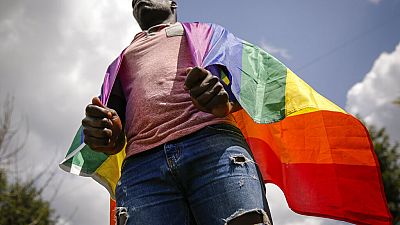 the Kenya Film Classification Board (KFCB) CEO, Christopher Wambua reiterated this in an interview with local media on Friday saying that same-sex films and movies are prohibited in the Kenyan Constitution hence the board will continue its crackdown on such content in the mainstream media.

"The country's laws do not allow LGBTQ+ content or even relationships. Even as we rate and classify content, we also consider other applicable laws," Wambua said.

Apparently, some films have already been barred from broadcast due to what Wambua describes as “explicit portrayal of homosexuality-related scenes.”

Ghana: Will anti-LGBT bill be passed by parliament? https://t.co/DQ2GPdyxJz

He referred to the Netflix streaming site saying that talks were underway with the US-based company to ensure that future access to homosexual content was restricted.

“because of our discussions with Netflix, they are curating their classification system that is very aligned with our laws with the view of ensuring that in future once we sign the agreement, some of this content is not visible at all within the republic," said Wambua.

At the same time, the KFCB boss advised parents to be at the forefront of sensitizing their children through filtering content to limit access to unauthorised content.

Kenya is not the only country putting in place such measures.

In early September, Egypt’s media regulator demanded that Netflix and other steaming services adhere to this majority Muslim county’s “societal values” referring to programs featuring members of the LGBTQ community.