In Kenya, once a British colony, memories are still raw.

Mathenge is a former Mau Mau fighter who fought the British troops. He explained why he is not grieving for the Queen.

Many freedom fighters, such as Mathenge, were imprisoned and tortured by the British. He spent three years imprisoned in terrible conditions, saying he had "a very bad life" in prison.

"I was imprisoned for three years and I had a very bad life there in prison, because I stayed naked for about the months of June and July when Kenya is very cold, and where I slept on a floor with torn material and it was very cold. I was not only myself in that room. We were several people over there, prisoners I would say, because at that time, I don't say we were people, we were imprisoned. And some of them got ill, some people they died" said the former Mau Mau fighter.

Kenya became independent in 1963 after years of violent struggle between a liberation movement and colonial troops.

Queen Elizabeth's reign saw the hard-won independence of African countries, along with a string of Caribbean islands and nations along the edge of the Arabian Peninsula. 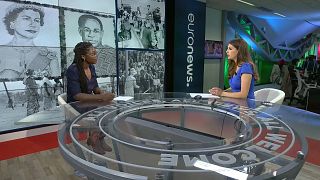