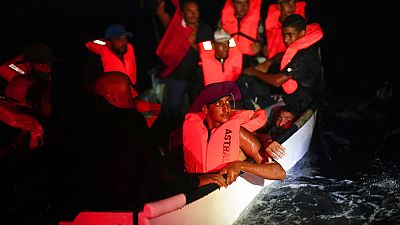 The Tunisian government has halted several attempts to smuggle 91 people to Europe overnight, after a weekend in which more than 650 would-be migrants were intercepted and some rescued by the Tunisian authorities.

The National Guard announced in a statement that it had prevented "five maritime border crossings and the rescue of 80 people", including 35 migrants from sub-Saharan African countries, the others being Tunisians.

In addition, "preventive operations" were carried out on the coasts of Menzel Temime (north), Mahdia and the Kerkennah archipelago (centre) and near Zarzis (south) and led to the arrest of 11 people - whose nationality was not revealed - who were preparing to leave, according to the national guard.

During these operations, the National Guard said they seized "a sum of money" without specifying the amount, an inflatable boat and air pumps.

Over 650 migrants rescued, some intercepted off Tunisia https://t.co/2YYiAptFJa

On Monday, the maritime and military authorities announced that they had intercepted or rescued a total of 657 migrants, including a whole family of Tunisians as well as 42 Egyptians who had left Libya and escaped a shipwreck, and foiled a total of 46 attempts to emigrate illegally.

Tunisia is going through a serious political and economic crisis and now has four million poor people. Libya has been in chaos since 2011 with militias running the lucrative trafficking of migrants from sub-Saharan Africa.

In spring and summer, with the help of milder weather, attempts to emigrate illegally from Tunisia and Libya to Europe tend to increase.

Italy, some of whose coasts are only 200 km from the Tunisian coastline, is one of the main entry points for migrants from North Africa.

According to the European agency Frontex, the central Mediterranean route was used by more than 42,500 migrants between January and July, an increase of 44% compared to the first seven months of 2021.