The presidential race is heating up in less than two weeks until the Kenyan general elections. The main opposition candidates, William Ruto and Raila Odinga are multiplying campaign meetings to secure voters as opinion polls suggest tight results.

Ever since Deputy President Ruto unveiled his manifesto at the end of June, he has pledged to tackle to cost of living and transform the economy to create jobs.

"His manifesto also seems to have a lot of traction with several Kenyans, says Tom Mboya, a governance expert, It is focused on what they call 'bottom-up economics,' which seems to focus primarily on the lower echelons of the social pyramid, so seeking to uplift the conditions of the average Kenyan."

55-year-old Ruto has been in the government since 2013 but lost Uhuru Kenyatta's support four years ago which went to his rival Raila Odinga.

"Whether he wins or loses, you will still be seeing more of William Ruto. Again, as somebody who has spent most of his adult life in the political sphere, he knows a thing or two about how Kenyan politics is run and conducted, and how government operates. So that is why I suggest that win or lose, this country is still likely to see much more of deputy president William Ruto." comments Mboya who has worked as a researcher and analyst studying the Kenyan political landscape for over a decade, including for embassies, universities and the UN and blogs frequently on the subject.

Despite his commitments and popularity, Ruto is not spared from corruption scandals. His running mate, Rigathi Gachagua was ordered to pay back 1.7 million euros of public money on July 28 after being found guilty of embezzling. 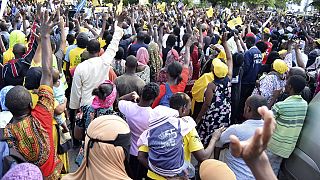 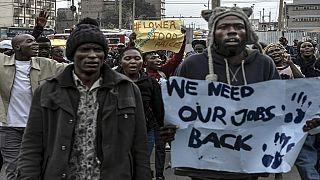