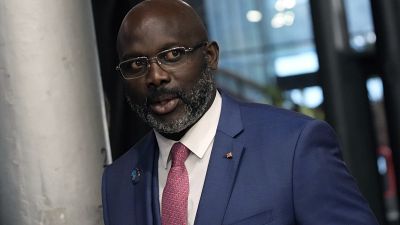 Liberia has allowed dual citizenship, reversing a longtime ban viewed by some as hypocritical as many elites secretly held US citizenship.

The bill, signed into law by President George Weah Friday and confirmed Sunday by AFP, had passed both the House of Representatives and the Senate Tuesday.

Liberia -- a country founded by former slaves who'd lived in the United Sates -- has a significant diaspora living in the over the Atlantic. An estimated 100,000 people born in Liberia lived in America between 2008 and 2012, according to US census data.

Dual citizens will, however, be barred from serving as Liberian president, finance minister or central bank governor and from holding high-level positions in national security or law enforcement.

"If such a person desires to contest (elections), the person must renounce the citizenship of the other country at least one year before applying to the National Elections Commission," the bill reads.

Last year, a Supreme Court decision relaxed the country's tough ban on dual citizenship, which dated back to 1973. The ban had previousy automatically stripped citizenship from holders of other passports.

The court decision did not overturn the dual citizenship ban but rather meant that a court must decide whether or not someone can be stripped of Liberian nationality.

The ban -- which blocked Liberians who had naturalised in the US or Europe from holding a Liberian passport -- had long been viewed as hypocritical in some quarters, as elite Liberians secretly held American citizenship, and have been accused of transferring money abroad.

Hundreds of thousands of other Liberians are also thought to reside overseas, having fled war and poverty.

Weah previously asked Liberians to lift the ban in a referendum in December 2020, arguing that nationality restrictions -- which include a ban on foreign property ownership -- were unfair.

Some hoped the move would propel investments in the poor nation of 4.8 million people.

Yet the proposed change failed. A majority of 51.5 percent of voters were in favour of lifting the ban, but a two-thirds majority was required.

Liberia was founded by ex-slaves from the US. It declared independence in 1847, which the US formally recognised in 1862.

According to naturalisation law, only Black people can be Liberian citizens.

Under the new legislation, any Black person can now acquire Liberian citizenship through marriage, adoption or if they were born in the country or to Liberian parents. 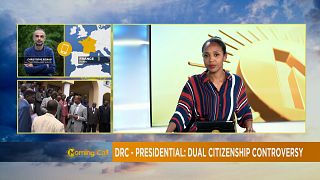 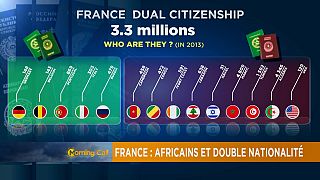