Ivory Coast officials have called on Mali to immediately release 49 of its soldiers who were arrested Sunday at the international airport in Bamako, refuting accusations they were mercenaries.

The Ivory Coast government said the soldiers were registered in the workforce of the Ivorian Army, and were in Mali as part of a UN peacekeeping mission.

Earlier, Malian government spokesman, Colonel Abdoulaye Maiga, accused them of being "illegally in the national territory of Mali (...) in possession of weapons and munitions of war, without a mission order or authorization".

He added that the intention of those arrested was clearly to break the security of Mali.

The soldiers were working for the Sahelian Aviation Services, a private company contracted by the UN, according to the statements from both governments.

Mali’s government said it intends to put an end to the protection activity of the Sahelian Aviation Services by foreign forces and will demand their departure from Malian territory.

The government invited “the airline” Sahelian Aviation Services “to henceforth entrust its security to the Malian defense and security forces”.

Mali has faced recent tensions with the international community and the United Nations.

Mali’s transitional government affirmed in June that it would not authorise the UN mission to investigate ongoing human rights violations in Mali, including an incident at a small village in the center of Mali where the Malian army is accused by rights groups of killing more than 300 civilians in April.

France has also announced the withdrawal of its forces deployed there nearly a decade ago to help fight extremist rebels. 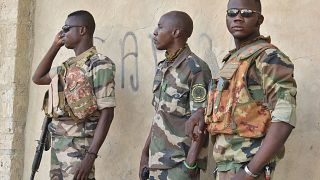