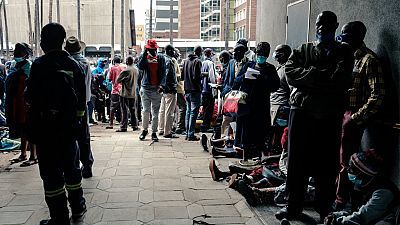 Zimbabwe's central bank said Monday it was raising its main policy rate to 200 percent, the highest in the world for the southern African country struggling with soaring inflation.

The monetary authority said in a statement that it had more than doubled the rate to try to contain inflation, which has been further aggravated by the war in Ukraine, expressing "great concern".

Annual inflation has more than doubled in two months to 191% in June, fuelling fears of a return to the hyperinflation that has wrecked the country's economy.

Zimbabwe has been in a deep economic crisis for more than 20 years, including a withdrawal of international donors because of unsustainable debt.

"Rising inflation has depressed demand and consumer confidence and if left unchecked will wipe out the significant economic gains made over the past two years," said central bank governor John Mangudya.

Central banks in many other countries have raised their policy rates in response to rising energy and food prices since the Russian invasion of Ukraine.