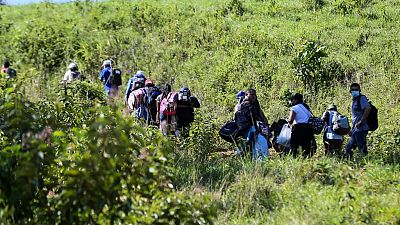 Aid agencies in Britain say some asylum seekers have gone into hiding for fear of being sent to Rwanda, where they will be resettled.

In the £120million partnership deal between the United Kingdom and Rwanda that was signed last month, people who cross into the UK illegally will be transferred to Rwanda, where their paperwork will be processed.

The British Red Cross and the Refugee Council have raised an alarm that the threat of transfer to Africa has seen some asylum seekers disappear from hotels while young people resort to self-harming and others attempt suicide, the Dailymail reports.

For fear of being enrolled in the resettlement programme in Rwanda, some asylum seekers have even declined to seek medical support, the agencies say.

The agencies' report comes a day after Priti Patel confirmed the first batch of illegal migrants had been handed official confirmation that they would be a test case for the controversial programme.

It is not clear the number of asylum seekers that make this first batch.

The deal which was first made public in April this year has received a lot of criticism with UK opposition politicians and refugee groups describing it as inhumane.

However, British Home Secretary, Priti Patel has defended the plans as a means of clamping down on migrants making the perilous journey across the Channel in small boats. 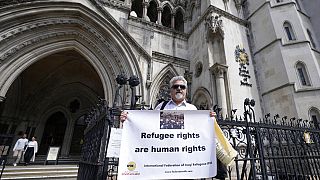 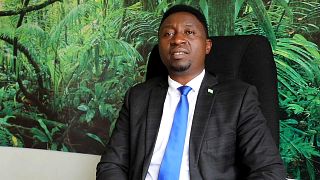