Zimbabwe, Africa’s biggest tobacco grower and one of the world's top exporters of the nicotine leaf opened its selling season for the crop amid pledges to fight deforestation and child labor in response to pressure from rights groups, environmentalists and international buyers.

Almost a month into Zimbabwe’s 2022 tobacco selling season, one of the priorities is to fight deforestation and child labor. Africa’s biggest tobacco grower and one of the world's top exporters pledged to make the industry more sustainable.

With tobacco’s proven role in causing cancer, international marketers, rights groups, and environmentalist have urged the southern African nation to avoid any other controversy.

However, it is common for children as young as five to work in the fields with their parents to help meet family costs. A 2018 report by Human Rights Watch stated that children on Zimbabwean tobacco farms “work in hazardous conditions, performing tasks that threaten their health and safety or interfere with their education.”

The report noted that "child workers are exposed to nicotine and toxic pesticides, and many suffer symptoms consistent with nicotine poisoning from handling tobacco leaves".

Zimbabwean law sets the minimum age for employment at 16 while banning children under 18 “from performing hazardous work," but does not specifically ban children from handling tobacco.

Another problem is that many of the new smaller tobacco growers can't afford electricity or coal needed to cure the tobacco leaves so they resort to cutting down nearby trees. And according to researchers such practices have caused Zimbabwe's forests to decline by at least 15% annually in recent years.

Blue-chip companies who have developed the sustainable tobacco program and tobacco suppliers have to comply with that code. Farmers even receive tree seedlings to establish woodlots in their areas.

In recent years Zimbabwe has rapidly increased the size of its crop, regaining its spot as one of the world’s top five exporters of tobacco. It exported just over 200 million kilograms (220,000 tons) of tobacco in 2021, according to the Tobacco Industry Marketing Board.

This year's crop is expected to be about 10% and 15% smaller due to unfavorable weather but tobacco will remain one of Zimbabwe's biggest earners of foreign currency alongside minerals such as gold and funds sent by Zimbabweans living outside the country.

A transformation, which is vital for the country. Tobacco earned Zimbabwe about $1.2 billion in exports last year and the government would like to see that increase “into a $5 billion industry by 2025”. 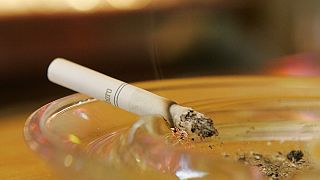 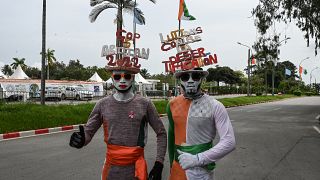 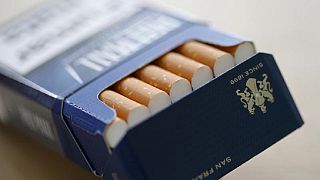