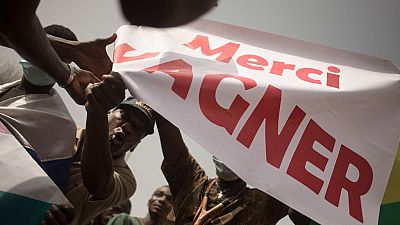 The main jihadist alliance in the Sahel is holding a Russian member of the private military company Wagner, "captured" in central Mali, according to a claim on behalf of the movement sent to AFP.

This is the first time that the al-Qaeda-linked has announced the capture of a Russian engaged in the anti-jihadist struggle in Mali. However, the GSIM did not provide any evidence to prove the accuracy of its announcement made in a communiqué on Sunday night.

Mali, which has been run by the military since 2020, has called on what it describes as "instructors" from Russia to support its army, while Paris and Washington regularly denounce the presence in the country of "mercenaries" from the private Russian group Wagner, accusations firmly denied by Bamako.

It was "during the first week of April" that the GSIM claimed to have "captured a soldier from the Russian Wagner forces in the Segou region", in central Mali.

France likely to pull out of Mali but will remain in Sahel https://t.co/bisAj8SyF5

"These murderous forces participated with the Malian army in a parachuting operation on a market in the village of Moura where they confronted several mujahideen before encircling this locality for five days and killing hundreds of innocent civilians,"

The GSIM communiqué adds, in Arabic, without further details on the link between the capture of the Russians and the events in Moura.

The town was the scene of a controversial operation by the Malian army in late March. According to the authorities in Bamako, Malian soldiers "neutralised" 203 jihadists there, but the NGO Human Rights Watch (HRW) accuses members of the Malian Armed Forces (FAMa) of having summarily executed 300 civilians, with the help of foreign fighters.

The UN mission in Mali (MINUSMA) has since then asked the Malian authorities in vain to authorise it to go to the area to investigate the events. According to corroborating sources, a Russian national on an operation with Malian soldiers was killed on 19 April in central Mali. This is the first confirmed death of a Russian in military operations in the country since the junta took power in 2020.

On Sunday, the Malian army announced the death of six soldiers in three simultaneous attacks with "vehicles packed with explosives" against three military camps in central Mali. In an audio message transmitted to AFP, these operations were claimed by the Macina katiba, of the Fulani preacher Amadou Koufa. This group of fighters is subordinate to Iyad Ag Ghaly, the leader of the GSIM.

In the footage, which AFP was unable to authenticate or date; two white men appear stealthily next to what appear to be Malian soldiers. According to a document from a diplomatic source consulted recently by AFP, almost all Malian helicopters are piloted by Russians assisted by Malian co-pilots.

Mali has been plunged since 2012 into a deep security crisis that the deployment of foreign forces has not been able to resolve. The ruling military junta has drawn closer to Moscow at the same time as it has turned away from France, which has been militarily engaged in the country against jihadists since 2013.

Jihadist violence spread from the north of the country to the centre and south before the conflict became more complicated with the emergence of community militias and criminal gangs. Thousands of civilians and fighters have died in the conflict, and central Mali is currently one of the main hotbeds of the Sahel crisis. 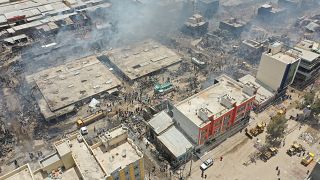