With less than 10 days to go before Ramadan, the month of fasting for Muslims, Senegal is experiencing an increase in the price of basic foodstuffs.

Many residents are lamenting the increase in prices with some in the capital Dakar pointing to the closure of Senegal's border with Mali as the main cause.

"The closure of the Mali border has made things worse because there are products that Senegal does not have and that leave Guinea, Mali or the Ivory Coast, and inevitably one must pass through Mali before coming to Senegal. There are all these problems, they must open the border. All the products are there. If the border is closed, what will come in? " Ndèye Marie Diop, a Dakar said.

ECOWAS and the West African Economic and Monetary Union (UEMOA) in January imposed a range of economic and diplomatic measures against Mali, including border closures.

The move was meant to deal a blow to Mali’s junta whose intention to remain in power for several more years, the regional bloc described as "totally unacceptable" But people in countries like Senegal which shares borders with the sahelian nation are also bearing the brunt

They are not alone, analysts have noted or observed price increases in other west African nations such as Nigeria Gambia, Guinea, and Burkina Faso.

Ramadan for millions of Muslims around the globe has been upended for two years running due to the Covid-19 pandemic. Freight costs have been significantly higher and there has been a disruption of the food supply chain.

The war in Ukraine has also sparked a rise in prices of basic goods, particularly those made with wheat or oil.

"The authorities have announced a reduction in prices but there is no follow-up on the market. It will be very difficult during Ramadan under these conditions. In addition, our seas are invaded by foreign boats and our fishermen can not go beyond our borders. It is just amazing!" Fatma Seck, a Senegalese saleswoman told our journalist. 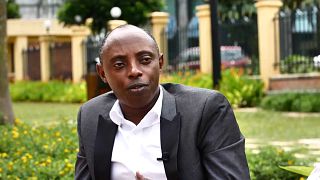