Monday's rally was the latest in a string of protests over the military takeover, which removed the civilian-led transitional government.

Hundreds of protesters took to the streets of the Sudanese capital, Khartoum, on Monday.

As they denounced the military coup of last October, security forces fired tear gas canisters toward them.

Monday's rally was the latest in a string of protests over the military power grab which removed the civilian-led transitional government.

Since then, a political way out of the crisis has not been found. Negotiations under the aegis of UN envoy have remained unsuccessful.

The ruling generals vow to hand power to an elected government, promising elections next year. But young protestors call for an immediate return of civilian rule

Despite a heavy security crackdown and an apparent lack of progress, demonstrators continue to rally in a country, which had taken a winding path to democracy in April 2019 after a popular uprising, forced the military to remove long-time leader Omar al-Bashir. 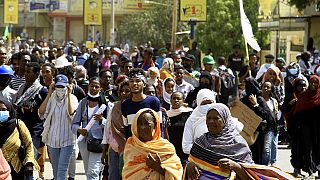 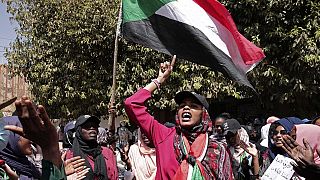 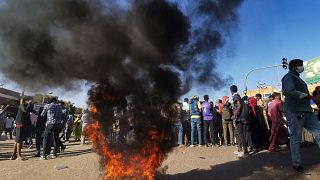