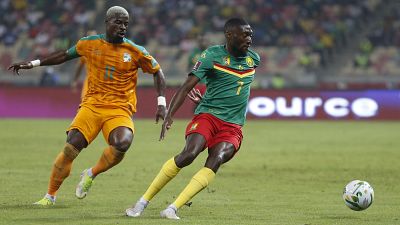 The timing of the African cup of nations may have come as an inconvenience to players and clubs in the European club season but it will also be a time for some African talents to shine. The question however is who?

The likes of Sadio Mane (Senegal) and Mohammed Salah (Egypt) have already gained global recognition following their wins playing for Liverpool. Not forgetting Riyad Mahrez of Manchester City and Algeria, who won the last tournament with his country in 2019.

So far, most of the names that have popped up are unknown but there are hopes that AFCON 2021 will shoot some of them to stardom, of course, based on their performance.

These are highlights of some of the players who have the potential to shine in the tournament before it ends on February 6.

Kamaldeen Sulemana (Ghana): the Only 19-year-old has already been tagged as a potential African star with some football fanatics claiming the young man has traits like Didier Drogba and Samuel Eto’o.

Sulemana was has played in the Danish league. He has since worked hard on his physical conditioning to earn a move to Rennais this season. A stint in Ligue 1 is seen as a stepping-stone for a player whose next move would be to LaLiga, the Premier League or Serie A.

Franck Kessié (Ivory Coast): Though 24 years, he has so far exhibited a sense of maturity and experience on the field beyond his age, driving the Ivorian side from midfield. Could he be the next Yaya Touré who captained the Ivorians to the Cup of Nations title in 2015. Speculation abounds that he will make the move from Serie A to a top English club.

Nayef Aguerd (Morocco): The 25-year-old central defender made a huge mark in Ligue 1 last season and has since continued to shine at the back for Stade Rennes in this campaign, as they sit in the top three of the French league. He is one of the few home-grown players in the side who came through an academy in Morocco and failed several initial efforts to win a contract in Europe before his breakthrough in France.

Edmond Tapsoba (Burkina Faso): Born in August 1992, Tapsoba made his first international debut for the national team in a friendly match against Uzbekistan. With a market value of €40-million based on his age and form, Tapsoba is a key player at Bayer Leverkusen, among the frontrunners in this season’s Bundesliga campaign. He arrived in Germany from Burkina Faso through Portugal, where he rose rapidly from the junior team at Leixões to Vitória de Guimarães and then made a €4.5-million move to Germany within two years ago.

Youcef Belaïli (Algeria): Mahrez is popularly known by most soccer fans for his work on the right side of Algeria’s attack, but his partner on the left proved just as deadly this year. The 29-year-old Belaïli was banned by FIFA in 2015 after testing positive for cocaine use. It dragged his chance of a career in Europe but he is now playing club football in Qatar while holding a regular berth in the Algerian side, where competition for places is exceedingly tough.

Karl Toko Ekambi (Cameroon): Born in Paris, Ekambi debuted for the Indomitable Lions six years ago and was in the 2017 Cup of Nations winning squad under Hugo Broos, and also went to the last finals in Egypt.

Spanish club Villarreal paid €20-million for him in mid-2018, and although he won 10 goals in his first LaLiga season, he did not have a particularly happy time and his star seemed to lose its shine. He has come roaring back to form this season, after moving back to France, and was the top scorer in the group phase of the Europa League for Lyon.

Denis Bouanga (Gabon): The 27-year-old oftentimes fills in for Pierre-Emerick Aubameyang as the lead attacker and has got several goals for Gabon in qualifying competition. In France this season, he has been one of the few high lights for the struggling St Étienne and will likely enjoy the break from the efforts of sitting in the Ligue 1 relegation zone.

Nanu (Guinea-Bissau): It has been a season of disappointment at club level for the flying fullback, who has been left out of the FC Porto team and had just a single outing in a lower profile Portuguese Cup tie in October. But he was ever-present for Guinea-Bissau through both their Cup of Nations and World Cup qualifiers this year where his match-winning potential was evident.

His incredible pace suggests he might be the fastest player at the tournament in Cameroon and he adds an incredible attacking threat when going forward.

Of course, there are a lot more unpopular talents amongst the 672 footballers for this tournament, but the world will only know who shines from January 9. 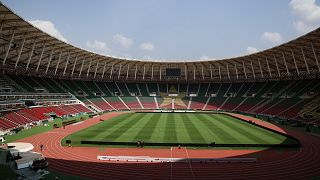 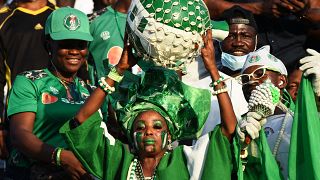