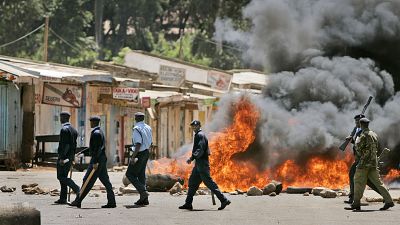 Kenyan police have so far arrested eight people in connection with Monday's attack in Kenya's coastal Lamu county, in which six people were killed and homes burnt.

Police had earlier in the day(Tuesday) arrested four.

The police issued a statement naming eight people arrested in connection with the investigation into the killings.

In the attack, which took place between Sunday night and Monday morning, one man was beheaded. They looted his house and shot dead another man whose body was found on the side of a road, police said.

Subsequently, the bodies of four other men were found burnt, with their hands tied, and could not be identified, according to a police report.

Houses were burnt and shell casings found at the scene, the report said.

The Lamu county has witnessed several attacks in the past with residents and local authorities initially suspecting Islamist Shebab rebels on Monday.

The national police spokesperson, Bruno Shioso told AFP. "The investigation is progressing well and so far four people are in custody. There will be more arrests."

"It has been established for the moment that the attack is linked to local land disputes," he added, saying such incidents are usual in the area.

Since its military intervention in Somalia in 2011 to fight the Shebab, Kenya has been the target of several deadly attacks, including those against the Westgate shopping mall in Nairobi in September 2013 which claimed the lives of 67 people.

In January 2020, the Shebab warned that Kenya would "never be safe", threatening tourists and US interests.

Shebab fighters then stormed a US-Kenyan military base on one of the islands in the Lamu archipelago, killing three Americans - one military officer and two Pentagon contractors - and destroying several aircraft.

The attack took place in the vicinity of Mpeketoni, a town on the mainland of the county, where around 100 people were killed in 2014 in a series of raids claimed by the Shebab. 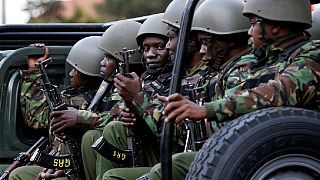 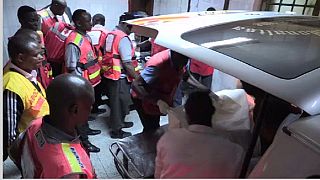 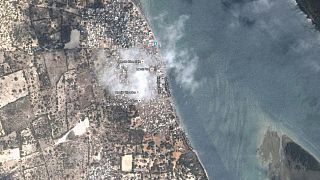