The fatalities -- all in Khartoum, especially its northern districts -- raised to 39 the death toll from unrest since the military seized power, a pro-democracy doctors' union said. Hundreds more have been wounded.

"The day's massacre reinforces our slogans: no negotiations, no partnership, no compromise" with the military, said protest organisers from the Sudanese Professionals Association (SPA).

Demonstrators had taken to the streets across the capital even though telephone lines and internet services had been disrupted since the military took over.

The demonstrators, mostly young men and women, clapped hands and ululated before the scene turned violent.

Police have denied using live ammunition and state television announced an investigation into the deaths.

The doctors' union said most of the casualties had suffered gunshot wounds to "the head, neck or torso", but added that the demonstrators, undeterred and behind makeshift barricades, kept up their protests.

Demonstrations also erupted in Port Sudan, against the coup which halted a democratic transition that followed the 2019 toppling of longtime dictator Omar al-Bashir.

"It was a very bad day for the protesters," Soha, a 42-year-old protester, said. "I saw a person with gunshot wounds behind me and there were a lot of arrests" in Khartoum.

Hundreds remained on the streets after nightfall, especially in northern Khartoum where tear gas fire reached inside hospitals, doctors said. Rallies in other cities dispersed. 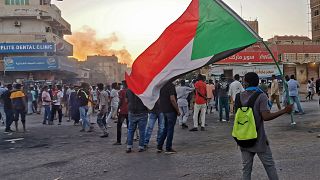 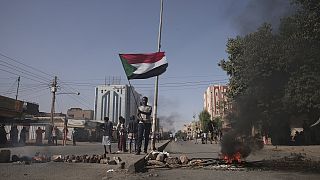 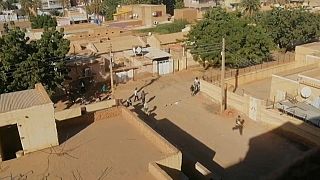