This week, Business Africa opens the debate on financing the fight against climate change, with its guest Tanguy Gahouma, chairman of the group of African negotiators at the climate conference (COP26) in Glasgow.

In return for its efforts to preserve its forests and the consequences of rising carbon levels emitted by major polluters, Africa is asking COP26 to renegotiate the funds promised by developed countries in Copenhagen. According to the negotiators, a little more than 1,000 billion dollars per year is needed to effectively respond to the planet's ecological emergency.

An Oxfam report published in October deciphers the consequences of the over-indebtedness of African countries orchestrated in large part by French banks in this period of a pandemic. These banks collect more than $200 million in repayments each year, exposing African countries to default. Despite the initiative to suspend debt servicing to public donors, private creditors who have remained inflexible are expected to take their share of future relief.

The tuna industry in Côte d'Ivoire is in crisis due to the scarcity of tuna fish and its price, which varies from one armateur to another. The sector employs thousands of people, who could find themselves unemployed. In particular, those of the Airone company, which has been operating in the port of Abidjan since 1997, whose yields are being affected by the crisis. 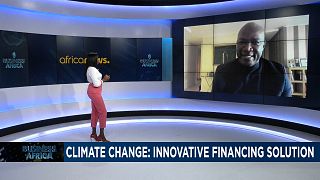