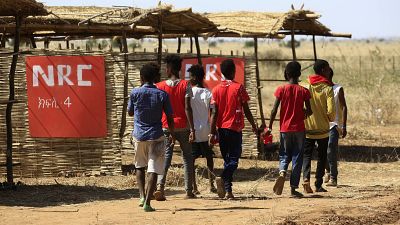 Burkina Faso on Thursday lifted a ban on the Norwegian Refugee Council from working in camps for displaced people in the jihadist-hit north after accusing the body of discrediting the government.

It was the first time an international NGO has been temporarily stopped from working in the West African country, where jihadist attacks have burgeoned since 2015 claiming nearly 2,000 lives.

"I have the pleasure of informing the humanitarian community that the suspension on the activities of the Norwegian Refugee Council has been lifted as of October 21," Minister for Humanitarian Action Helene Marie Laurence Ilboudo said.

She had banned the NRC on September 27 after accusing it of "discrediting the government" and saying it had stopped NGOs from registering internally displaced people "in the most inaccessible zones".

The NRC in mid-September had said government authorities took weeks to register displaced people to allow them to source food and other aid, thereby forcing them to return to dangerous zones.

"The failure to address urgent humanitarian needs forces vulnerable families to make an impossible choice between feeding their children and their own safety. Many people tell NRC that they want to return home to access their food stocks and feed their families, but fear attacks," it said in a statement.

The NRC has been working in Burkina Faso since July 2019.