The United Nations on Wednesday urged Ethiopia, Egypt and Sudan to return to AU-led talks aimed at resolving the impasse over the hydro power project Addis Ababa is building on the River Nile.

A security council statement called on the countries to reach a “binding agreement on the filling and operation of the [Grand Ethiopian Renaissance Dam] GERD”.

The last round of negotiations held in Kinshasa in April ended without an agreement.

Under construction since 2011, the GERD is projected to generate some 6,000 MW of power once completed. But it has upset downstream countries Egypt and Sudan who are concerned that their water supplies will be affected.

In July, Ethiopia announced that it had succesfully finished the second phase of filling the dam's reservoir, further raising tensions with Khartoum and Cairo.

Ethiopia says the facility is almost complete and due to start generating an initial 750 megawatts of electricity later this year. 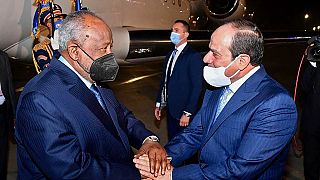