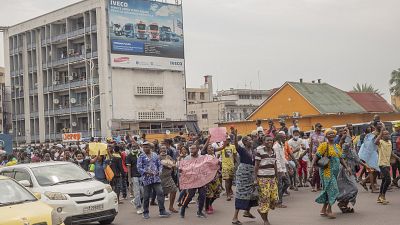 More tension is rising between DR Congo and India following the death of a Congolese student in the hand of Indian police last week.

Indian businesses and vehicles were apparently torched in the Democratic Republic of Congo's capital on Thursday, according to the police, further igniting the fallout.

A dozen of Indian businesses were looted in Kinshasa following the death of Joël Malu, a Congolese student in Bangalore, India.

Kinshasa police said the mob looted shops, warehouses and torched three cars after a false rumor went around that another Congolese national had died in India.

Following the death of Malu, protests ensued and at least six nationals of African countries were injured on Monday during a scuffle with police in India’s southern Bangalore.

Joel Malu, 27, was detained by police two weeks ago over charges of possessing a small cache of banned psychotropic ecstasy pills, but died in custody early Monday after suffering cardiac arrest, an officer said.

“He was diagnosed with Bradycardia and was administered with several rounds of CPR and other life-saving interventions but died due to a suspected cardiac arrest,” the officer said.

The demonstrators refuted the police claim that Malu had died of cardiac arrest and accused them of falsely detaining him before police used batons to push back the protesters and arrested a dozen demonstrators.