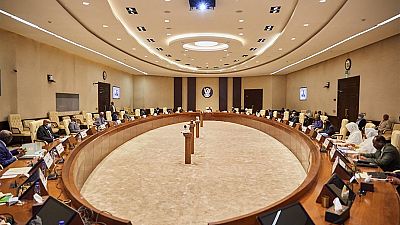 The decision by the Cabinet to join the Rome Statute is a step forward in the long-waited trial of suspects wanted for war crimes and genocide in the Darfur conflict, including former President Omar al-Bashir.

The bill, however, still needs to be ratified by a joint meeting of Sudan’s ruling Sovereign Council and Cabinet. Together they serve as an interim parliament. The Cabinet did not offer a time frame for ratification.

Sudan has been led by a joint military-civilian government since a popular uprising led to the military’s overthrow of al-Bashir in April 2019. That transitional government, which promised democratic reforms, has previously said that war crime suspects including al-Bashir would be tried before the ICC, but the trial venue is a matter for negotiations with The Hague-based court.

Samantha Power, who wrote a Pulitzer Prize-winning book on genocide and now leads the U.S. Agency for International Development, hailed the decision as “BIG news” on Twitter.

“A revolution for “Freedom Peace & Justice” just took a key step toward ending impunity,” Power, who is on a visit to Sudan, wrote. She was referring to the uprising that led to al-Bashir's ouster.

Tuesday’s decision came two months after a visit by the International Criminal Court’s then-prosecutor Fatou Bensouda to Khartoum and Darfur, during which she urged the country’s transitional authorities to hand over suspects wanted for war crimes and genocide in the Darfur conflict.

The Darfur conflict broke out when rebels from the territory’s ethnic central and sub-Saharan African community launched an insurgency in 2003, complaining of oppression by the Arab-dominated government in Khartoum.

Al-Bashir’s government responded with a campaign of aerial bombings and raids by militias known as janjaweed, who stand accused of mass killings and rapes. Up to 300,000 people were killed and 2.7 million were driven from their homes.

The court charged al-Bashir with war crimes and genocide for allegedly masterminding the campaign of attacks in Darfur. Sudanese prosecutors last year started their own investigation into the Darfur conflict.

Also indicted by the court are two other senior figures from al-Bashir’s rule: Abdel-Rahim Muhammad Hussein, interior and defense minister during much of the conflict, and Ahmed Haroun, a senior security chief at the time and later the leader of al-Bashir’s ruling party. Both Hussein and Haroun have been under arrest in Khartoum since the Sudanese military, under pressure from protesters, ousted al-Bashir in April 2019.

The court also indicted rebel leader Abdulla Banda, whose whereabouts are unknown, and janjaweed leader Ali Kushayb, who was charged in May with crimes against humanity and war crimes. 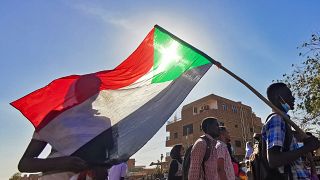 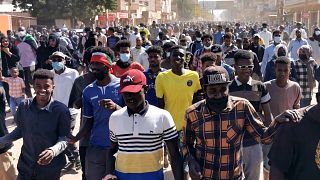