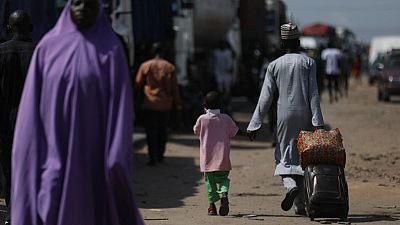 Armed attackers known as bandits have killed 18 people in a raid on a village in northwest Nigeria's Katsina state, police told AFP Wednesday.

State police spokesman Gambo Isah said that a large group of assailants arrived in the village of Tsauwa on motorbikes late Monday, gunning down villagers and looting homes before burning them.

"The bandits killed 18 people in the raid and left one injured, while another resident went missing," Isah said, adding that they "burned homes and took away an unspecified number of cattle".

Isah suggested that the attack might have been "punishment" for the villagers' refusal to cooperate with armed groups in the region and determined resistance against previous raids.

Many are based in camps in the Rugu forest, which straddles Katsina, Kaduna, Zamfara and Niger states.

More recently, criminal gangs have attacked schools and universities, kidnapping pupils and students en masse for ransoms stretching into the hundreds of thousands of dollars per group.

On Monday more than 100 students were kidnapped from a high school in neighbouring Kaduna state, with the hostage-takers on Wednesday demanding food for their captives as they await a ransom payout.