TPLF calls for cease-fire to be ignored in Ethiopia 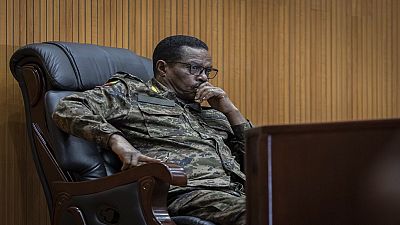 The fighters now retaking parts of Ethiopia's Tigray region will pursue soldiers from neighboring Eritrea back into their country and chase Ethiopian forces to Addis Ababa to weaken their military powers, their spokesperson warned on Wednesday.

Getachew Reda said the Tigray People's Liberation Front would “stop at nothing to liberate every square inch” of the Tigray region of six million people, nearly eight months after fighting erupted between the Tigray forces and Ethiopian soldiers backed by Eritrea.

Speaking by phone from an undisclosed location, Reda rejected the unilateral ceasefire Ethiopia’s government declared on Monday as a “sick joke”, and said the Front's response was to treat the ceasefire "with a contempt it so richly deserves".

Ethiopia declared the unilateral ceasefire as its soldiers and hand-picked regional interim administration fled the Tigray regional capital following some of the fiercest fighting of the war.

The comments were sure to bring new alarm from the United States, United Nations and others who have pressed for an end to the fighting in Africa's second most populous country that has left thousands dead and sent hundreds of thousands of Tigrayans into the world's worst famine crisis in a decade.

People in Ethiopia's capital Addis Ababa reacted with concern to ongoing tensions in the conflict-torn Tigray region, where hundreds of thousands may face famine.

Ethiopia's government declared an immediate, unilateral cease-fire in the Tigray region on Monday after nearly eight months of deadly conflict.

The swift turn has left people scrambling to understand what exactly is going on in the region of 6 million people as communications links are largely down.

However, it isn’t clear whether other parties in the conflict, including troops from neighboring Eritrea accused of some of the war’s worst atrocities, will respect the cease-fire.

UNICEF's Ethiopian Chief of Communication Victor Chinyama said the "five and a half million people in desperate need of support" is only the "tip of the iceberg" of suffering in region.

Tigray's leaders have waged a guerrilla war since November after a political falling out with the government of Prime Minister Abiy Ahmed, who had sidelined them from influential roles in Ethiopia's government and military.

Ethiopia has said the cease-fire is in part for the delivery of aid but will last only until the end of the crucial planting season in Tigray - which is in September.

The cease-fire could calm a conflict that has destabilized Africa's second most populous country and threatened to do the same in the wider Horn of Africa, where Ethiopia has been seen as a key security ally for the West.