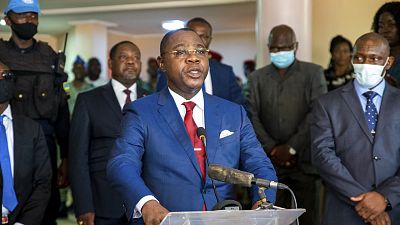 A United Nations report claimed that members of the FACA and Russian instructors dispatched to the country were guilty of abuses.¨

"This is a clear desire to tarnish by all means the image of our military institution while it continues to make enormous sacrifices to restore the authority of the state throughout the territory," said Rameaux-Claude Bireau, Minister of National Defense, in a statement received by AFP.

According to him "this slanderous publication based on fabricated and unverified evidence is a strategy that aims first to undermine the morale of our troops but also to bring the United Nations to take sanctions against Russian allies, whose mission to restore the authority of the state certainly compromises the action of the rebels who are rampant in our provinces.

Recently submitted to the Security Council and obtained on Sunday by the New York Times, this document from the experts in charge of monitoring the arms embargo imposed since 2013 on Bangui confirmed the suspicions of a very active role of Russian "instructors".

The latter are often referred to as paramilitaries from the private Russian group Wagner, reputedly close to President Vladimir Putin, which Moscow denies.

Among the "violations of international humanitarian law" are "indiscriminate killings, occupation of schools and large-scale looting, including of humanitarian organizations," the experts say.

In recent months, several incidents have pitted peacekeepers from the United Nations Mission in the Central African Republic (UNMISCA) against these paramilitaries, such as assassinations of UN officials and looting, aggravating tensions in the Security Council with Russia, according to diplomats.

The deployment of these paramilitaries is part of a vast diplomatic and financial offensive launched by Moscow in this former French colony plunged in a civil war since 2013, which has decreased in intensity since 2018.

Since late December 2020, government forces have succeeded in recapturing from the rebels the towns and much of the two-thirds of the country that they had occupied for several years, mainly thanks to the reinforcement of Rwandan soldiers and the support of hundreds of Russian paramilitaries fighting alongside them.

At the same time, the Central African government granted mining permits, including for gold and diamonds, to Russian companies. The document indicates that Russia acknowledged the presence of "532 instructors" as of April 18. But "several sources estimate that this figure is considerably higher, ranging from 800 to 2,100," the experts say.