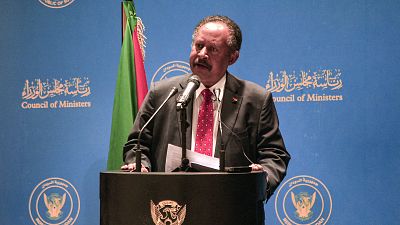 Peace talks between the transitional government of Sudan and a rebel group in the south of the country have stumbled over the delegation of powers from Khartoum.

According to SPLM-North chief negotiator, many topics related to the economy, security and politics were resolved, crucial issues like the delegation of powers between the central government and the regions were not.

"And also, we agreed that major national issues we in the SPLM-N should be decided through popular referendum as a principle in future" said Amar Amon, SPLM-North chief negotiator.

Talks in Juba, South Sudan, between the government and the Popular Movement for the Liberation of Sudan-North (SPLM-North) were adjourned in mid-June due to disagreements that were not specified at the time.

"Resolving these issues is part of addressing the root causes of the Sudanese problems, we keep telling them we don’t want to make peace and any peace as a window of pressure no" he further stressed.

The SPLM-North, established in the states of Kordofan-South and Blue Nile, is pushing for a decentralised political system.

The powers wielded by the central government in Khartoum are the cause of the conflicts that have afflicted the country for more than 60 years, according to the chief negotiator.

These conflicts included the war of independence with South Sudan and the recurrent violent episodes in the regions of South Kordofan, Blue Nile and Darfur.

Another crucial issue that had not been resolved was of the integration of the country's armed groups into the Sudanese army, he said.

The interim civilian-military Sudanese government was set up after the popular revolt that led to the dismissal in April 2019 of former president Omar al-Bashir, and has made peace with the rebels its priority.

In October 2020, it signed a historic agreement with several rebel groups.

The SPLM-North has signed a separate ceasefire, allowing its fighters to keep their weapons "to ensure their own protection" until the constitution is amended to guarantee a secular state.

No date has yet been given for the resumption of talks.