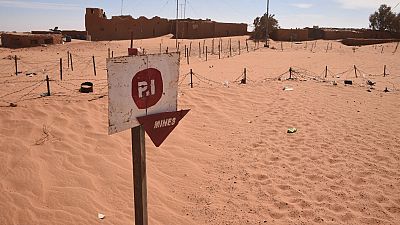 Eight gold miners were killed Sunday in northern Chad when their vehicle jumped on a mine, hidden during conflicts involving Chad and Libya, the governor of Tibesti province told AFP on Tuesday.

"A vehicle carrying 10 gold miners strayed into a minefield in Tanoua and hit a mine, killing eight and burning two. The two burned gold miners were taken to hospital (...) one in a serious condition and the other less worrying," said the governor, General Ali Maide Kebir.

Fighting regularly occurs in Chad in the Tibesti Massif in the north of the country, where the army faces illegal gold panners, drug traffickers, and also tries to prevent incursions by Chadian rebels from Libya. According to the governor, the entire Tibesti province is littered with mines laid by the Libyan army during the war between Tripoli and N'Djamena in the 1980s.

In April, President Idriss Déby Itno was killed in combat, according to the army, while leading operations in the west more than 300 km north of N'Djamena against a coalition of rebels who had come from Libya through Tibesti. After the death of Idriss Déby, who had ruled his country with an iron fist for 30 years, his son Mahamat Idriss Déby became the new strongman of Chad, heading a military junta and concentrating all powers.