It's been a year since the ECO -- the single currency in the West African area was announced with the Etats Généraux to hold on Wednesday.

Economist Kako Nubukpo explains the importance of abandoning the CFA Franc for the ECO.

"The first is the fact that we have had it since 1945, but that it has not generated a process of intra-community exchange. The second criticism is that of competitiveness. The French CFA, pegged to the euro, is too strong a currency because it acts as a tax on exports and a subsidy on imports. As a result, you have trade balances that are structurally in deficit.

"We should expect to see similar interest rates in the eurozone. You have interest rates that are close to zero. The fourth and final criticism is that in the CFA, in the organisation of central banks, there is no concern for economic growth. There is only the concern for price stability."

The new currency ECO could facilitate trade and financial exchanges, reduce the cost of transactions between countries and increase competition.

"What makes the CFA so interesting in its analysis is that somewhere it concentrates all the ills of the franc zone economies, i.e. the lack of vision, the absence of governance worthy of the name and the difficulty in understanding that development is an endogenous process and that the issue is the financing of the internal market.

"This means that the CFA franc is a vehicle for extraversion, i.e. it allows for the outflow of capital that should normally remain in Africa's franc zone to finance emergence."

In order for ECO to take hold, it remains to be seen how far ECOWAS countries are prepared to go to achieve this monetary union.

"A test of credibility, that is to say, will West African leaders be able to do something together so that it can be said that the 15 of us were able to create a currency?

According to Kako Nubukpo, the arrival of the EC0 could thus promote the employment of the youth and women, encourage the industrialisation process and the development of the private sector -- offering companies and start-ups sustainable and inclusive growth. 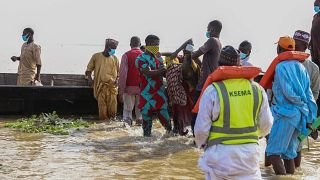 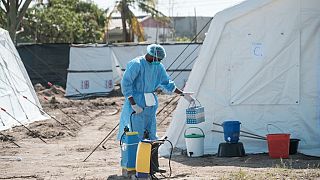